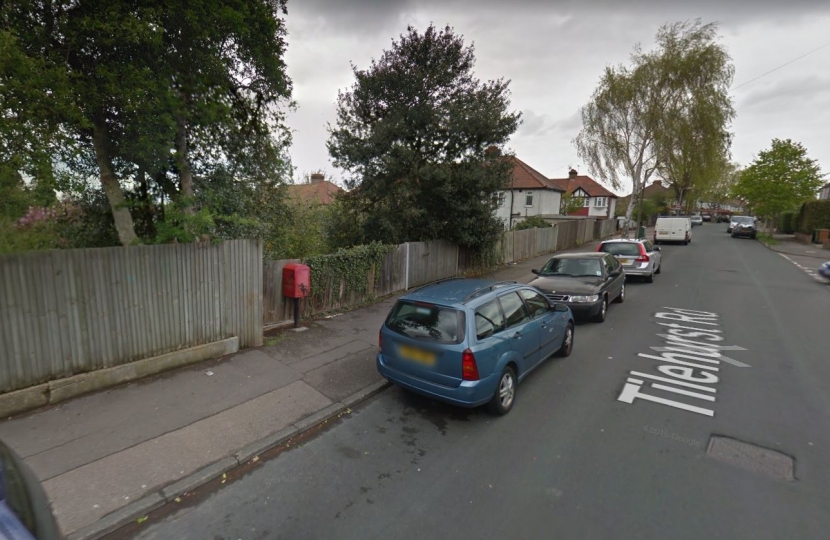 UPDATE: You can sign our petition against the telephone mast here.

Cheam Councillors are asking residents to have their say on plans for a new telephone mast on Tilehurst Road, Cheam.

Representatives for Vodafone Limited and Telefónica UK Limited approached Cheam councillors today with plans to install a base stations and a 12.5m mast on the northern part of the footpath between the junctions with Malden Road and Stoughton Avenue.

Councillor Elliot Colburn said: "We have been given 14 days to pass on our views and we have told them we will be seeking the views of residents to pass on as well.

"I have concerns, especially as the mast will be substantially higher than the surrounding trees, so I don't really see how it will be hidden from the view of the neighbouring homes. However, I do know people have struggled with coverage in the area.

"We are urging residents to have their say, so please get in touch with your views."

This will not be the only opportunity to have your say as there will need to be a planning application (with full public consultation) before it can go ahead, but please do share your views if you can at this stage.

Below is the email received by local councillors.

This agreement allows both organisations to:

As part of Vodafone’s and Telefónica’s continued network improvement program, there is a specific requirement for a radio base station at this location to provide improved network coverage to the Cheam area.

This email therefore invites you, in accordance with planning policy guidance and Best Practice Commitments, to enter into pre-application discussions with regard to our preferred site option prior to a formal planning submission. Several steps in the site identification process have already been undertaken. The Local Planning Authority mast register and our records of other potential sites have been reviewed, the policies in the Development Plan have been taken into account and we have examined the inter-operator site sharing database.

Our technical network requirement is as follows:

The preferred option is as follows:

All Vodafone and Telefónica installations are designed to be fully compliant with the public exposure guidelines established by the International Commission on Non-Ionizing Radiation Protection (ICNIRP). These guidelines have the support of UK Government, the European Union and they also have the formal backing of the World Health Organisation. A certificate of ICNIRP compliance will be included within the planning submission.

Finally, we would be interested in any local stakeholders or groups that you consider would like to know more about our proposals.

We look forward to receiving your response within 14 days of the date of this email.