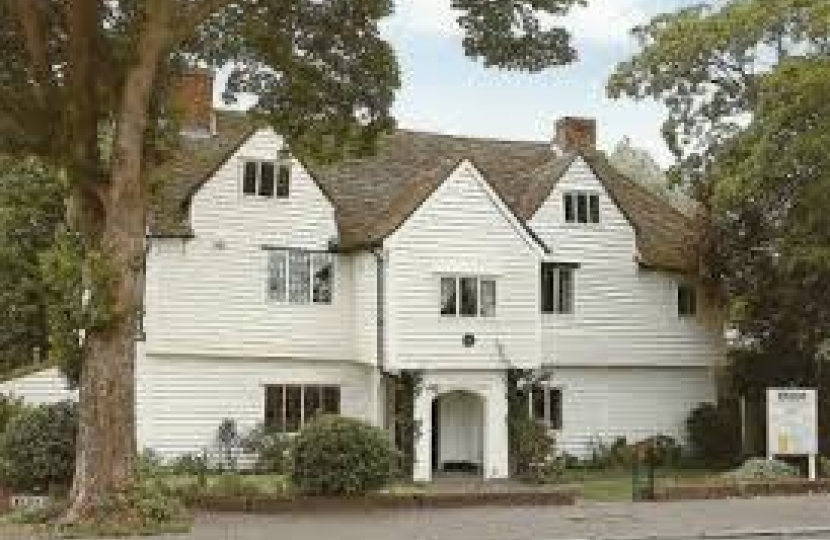 I am thrilled to hear that Whitehall has been granted £1.5m from the Heritage Lottery Fund (HLF) to renovate and uphold its privileged status.

This is brilliant news as Whitehall is a historic part of Cheam which we all wish to preserve and see flourish. Whitehall is in the heart of Cheam Village and has been seen as a community hub for all ages for many years, and has provided the opportunity for visitors to explore the history of the site and surrounding area.

The idea behind this grant is to make Whitehall a destination for heritage tourism, which will hopefully see more visitors to the Village.

See below the press release by Sutton Council:

"A rare Tudor building in south London is to be given a new lease of life as a community hub after Sutton Council secured a grant of £1.5m from the Heritage Lottery Fund (HLF).

Whitehall Museum is a rare example of 16th-century domestic architecture in the heart of Cheam Village. The Grade II* listed building, with its distinctive white-painted exterior, provides an unrivalled glimpse of local life in the Tudor period.

Sutton Council wanted to find a way to renovate the building and make it more of a destination for heritage tourism. Its officers put together a compelling 200,000-word bid, along with securing planning permission for the renovations, which led to the HLF approving the proposal.

The grant means vital repairs to the building can be carried out and a programme of activities will be launched to encourage more people to use the museum and learn about their heritage. Internal adaptations and two new extensions, including a new lift and stair, will significantly increase access for all into and around the building.

The Know Our Place: Sharing and Saving Whitehall project will have a number of themes. A local history network will be created so people can learn, discuss and pool knowledge about their area. A reminiscence project, ‘The Locals’, will celebrate the Friends of Whitehall as they approach their 40th anniversary and the former residents and staff of Orchard Hill Hospital, Carshalton, the last long-stay NHS hospital in England to close. Displays based on these projects will be exhibited at the museum.

A new schools programme will tie in with a local curriculum exploring local history, environmental awareness and sustainability, comparing the carbon footprint of a Tudor home to a modern house.

Repair work to the building will involve tackling a damp problem and removing some intrusive 20th-century fixtures while other original features are restored. While this work is underway the museum will be closed, during which time a pop-up museum with a selection of Whitehall’s attractions and heritage information will be shared with borough residents at local fairs and community events, whetting the community’s appetite for when the restored building reopens.

Currently lack of space in the building restricts the number of volunteers who can help run the museum but the restoration work will create additional space so that more people can become involved in the future. Additional meeting space for local groups and for school visits will also result."