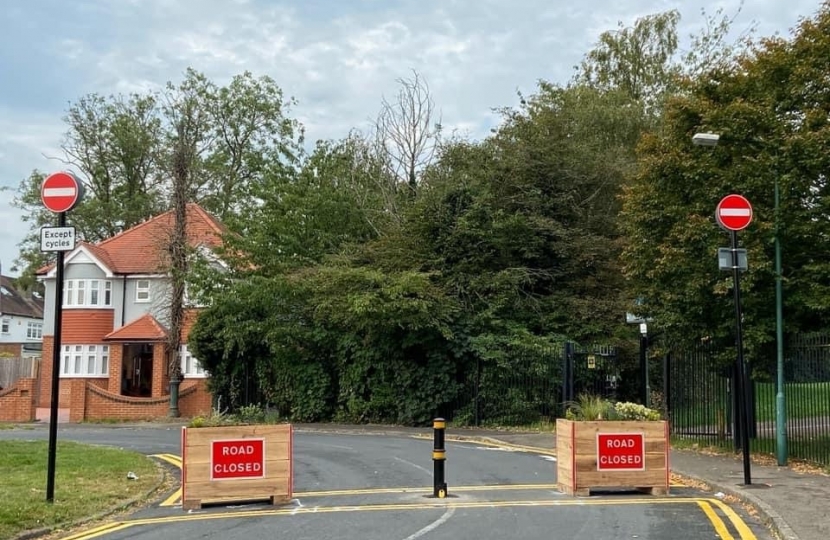 Last night, ruling Lib Dems voted to IGNORE residents and plough on with their experimental road closures. The meeting of the Environment and Neighbourhood Committee chaired by abrasive Deputy Leader Manuel Abellan, the figurehead for the council’s road closure programme, received petitions signed by thousands of residents. But as hundreds watched via YouTube, Manuel told the meeting the petitions would merely be “noted” and would NOT lead to any change of policy or the removal of Low Traffic Neighbourhood schemes – road closures – across the Borough.

Conservative Councillor Tony Shields insisted that the petitions should not just be noted, they should be listened to and so forced the matter to a vote. Digging in, Councillor Abellan refused to allow individual votes to be recorded, despite requests from Conservative Councillor for Stonecot Jed Dwight, as the public should know how each Councillor had voted. Councillor Abellan insisted that votes on his flagship road closures be made away from the public gaze and only the totals for and against revealed. In fact, Lib Dem Councillors unanimously backed his plan, while Conservative and Independent Councillors voted to remove all road closures until proper consultation has taken place.

“It was hugely disappointing that last night, yet again, Lib Dem Councillors unanimously refused to act upon the concerns of thousands of residents across the borough and remove the road closures they imposed on them without any prior consultation.

“I was particularly alarmed to learn that the Emergency Services had not signed off every road closure scheme across the borough, and that despite them raising their concerns over others, the closures continued to be implemented."

Deputy Leader of Sutton Council, Councillor Manuel Abellan, was also criticised at the meeting for announcing changes to schemes via Twitter, where the Beddington South Councillor said that despite his concerns over the All Saints Road closure in Sutton North, he decided to move forward with the costly measure anyway, only to have it removed days later.  Questions were also asked after Councillor Abellan said on Twitter it might take just 3 extra minutes for people to get to their house, with petitioners and Councillors sharing how journey times were increasing in some cases by as much as an hour.

“The chaos created by these road closures represents a missed opportunity. Together with Conservative colleagues I deeply regret that Lib Dem Councillors ignored the sensible suggestions I put forward in June, July, and September. They would have ensured any schemes were properly designed and done with residents’ blessing not in their faces. We could have avoided this whole sorry saga.

“Councils exist to serve the local people not the other way around. I’m a keen cyclist so I can see that, whatever their hopes, these schemes are hindering not helping cycling, stoking up hostility between road users, increasing congestion, and reducing air quality – who are they meant to benefit?”