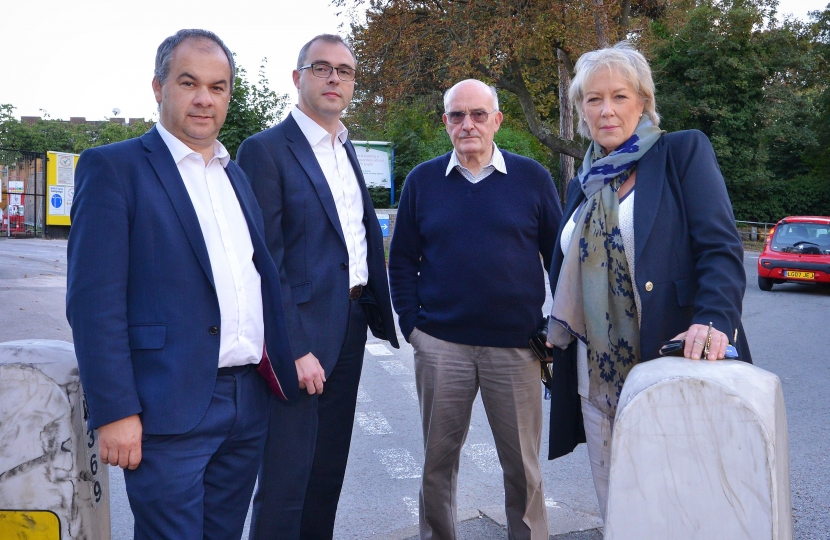 The Harris Academy has opened in its temporary buildings on the Sutton Hospital site, which is situated on a dangerous road junction at Brighton Road, Chiltern Road and Cotswold Road. The published plans for the new school included a travel plan, better local public transport infrastructure and a safer junction and road crossings.

The school has been very proactive in safeguarding the safety of its pupils and delivering and maintaining its travel plan. But, it has received no help from the Council, which hasn't installed the safer crossings and cycle safety improvements. The Belmont councillors have been working closely with the school.

Following the recent by-election Deputy Council Leader, Cllr McCoy was asked why the promised school crossings are missing. Ignoring the safety of children she said that she is legally allowed to wait until next year, so that's what she will do. She offered no other explanation for the disgraceful decision to force children to cross at this notorious junction without the necessary road safety work being done.

Money can't be the reason, as the cost of crossings is miniscule compared to the overall school build cost of more than £50 million.

The problem is a Lib Dem council that is only concerned with its own political heartland, ignores other peoples views and appears willing to put children's safety at risk. Despite their flurry of promises during the by-election, they clearly have no real interest in Belmont.

Conservative Councillor for Belmont, Jane Pascoe: said: "I'm not sure what level of reality the Lib Dems are working on, but we need a safer junction here now!

"Local children are trying to access a site on one of the most dangerous junctions in the Borough. We were told when the school was approved that this would include a safer crossing at Brighton Road, Chiltern Road and Cotswold Road. The school has now opened and we still have no new crossing, and might not get one for a year or more.

"In addition, the solution that the Council want to consult on is not safe - they have learned no lessons from the 'Heart of Hackbridge' road scheme disaster.

"We proposed a safe crossing solution involving the use of the vacant northern part of the allotment site, but despite knowing a school is going to be built there for 4 years, the Council has ignored us. Instead it has a temporary sticking plaster, unsafe solution for the 1290 children who will be at the school. This is on top of no improvements to local public transport.

"This is not good enough and we continue to urge the Council to act quickly before a serious incident occurs."