Free Rail Travel For Children Under 11 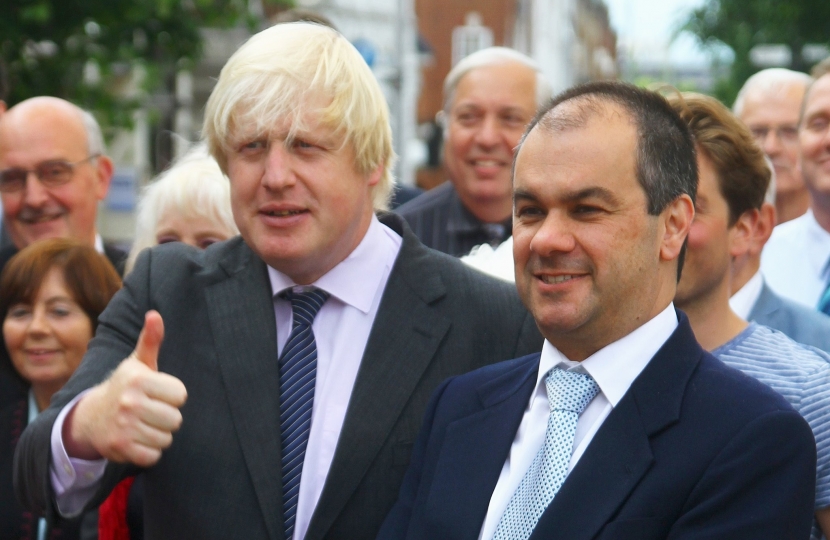 The Conservative Mayor of London, Boris Johnson MP, has announced a real terms fares freeze on Transport for London (TfL) services, as he also revealed an extension of free travel for children to National Rail services in the capital.

You can read the full press release from 11th November below:

The Mayor of London, Boris Johnson MP today announced a real terms fares freeze on Transport for London (TfL) services, as he also revealed an extension of free travel for children to National Rail services in the capital.

From 2 January, fares on TfL services are set to rise by one per cent, in line with the July Retail Price Index (RPI), however a number of fares, including single bus fares and all but two pay as you go single Tube fares, will be frozen. Travelcard season tickets will increase by slightly less than one per cent.

It is the third year in a row that the Mayor and TfL have been able to provide a real terms fares freeze while balancing the need to modernise the network. The revised changes to fares are expected to raise £43m a year for TfL – an increase of one per cent and a vital step as TfL increasingly looks to cover its operating costs from fares and other income.

Today, the Mayor also unveiled a deal to extend free travel for children under 11 years old on all National Rail services in the capital, and announced that Stratford and a number of its adjacent stations will move from Zone 3 to the Zones 2/3 boundary in a boost to east London.

Hundreds of thousands of families across London are set to benefit every month after TfL committed to provide £500,000 a year to the Train Operating Companies to enable free travel for under 11s. Currently, young people under the age of 11 travel for free on TfL’s buses and trams, and on the Tube, DLR, London Overground and TfL Rail services when accompanied by a fare-paying adult. However, there is no similar offer on National Rail services, causing frustration and confusion for customers with fares differing at neighbouring stations. From 2 January, all National Rail services in London will be free for Zip photocard holders who are under 11 years old after TfL agreed to cover the cost.

In a move to recognise the shifting economic map of London towards east London, the Mayor has also announced that Stratford and a number of adjacent stations, including West Ham, Canning Town and Stratford International (DLR), will move from Zone 3 to the Zones 2/3 boundary. Rezoning these stations will benefit more than 100,000 people per week and will ensure customers travelling to Stratford from central London will never require a ticket valid in Zone 3.

The Mayor of London, Boris Johnson MP, said: “I’m delighted that we’re able to yet again freeze overall fares in real terms for our passengers. It’s the third year in a row that we’ve been able to offer this great deal, allowing us to keep the cost of travel down while continuing our vital programme to modernise the network.

“Hundreds of thousands of families will also benefit now that we’ve struck a deal to extend free travel for under 11s across all rail services in London. By securing this deal on National Rail services, we are taking away the fares confusion for so many and opening up wider travel in the capital for families to enjoy.”

Key elements of the 2016 fares package include:

The new fares will come into effect from 2 January, and customers will be able to buy tickets, including season tickets, at 2015 prices until 1 January 2016.

Jon-Rhys Foster, Chair at the British Youth Council said: “With the cost of living continuing to affect families, we are delighted with the news that National Rail travel, throughout the Capital, will now be free for under-11 Zip photocard holders. The scheme will help young people to travel and give a much needed boost for our national campaign to increase youth access to concessionary travel across the country.”

London TravelWatch Chair, Stephen Locke said: “We are pleased to see free travel for children under 11 being extended to all National Rail services in London - another step towards a simplified fares structure which will increase consistency across travel modes in London and reduce confusion for passengers.”

Last year the fare package included a significant restructuring of one day fares to make it fairer for part-time commuters or people on zero hours contracts who could previously pay significantly more per day than Travelcard season holders. The lower all day pay as you go caps are now benefitting over 200,000 part-time commuters a day and over 700,000 a week.

TfL is increasingly covering its operating costs from fares and other income. It has cut costs by 15 per cent while delivering a £16bn savings and efficiencies programme over the duration of its business plan to 2020/21. TfL also has ambitious plans to generate £3.4bn in non-fares commercial revenue by 2023 to reinvest in London’s transport, supporting jobs and economic growth.