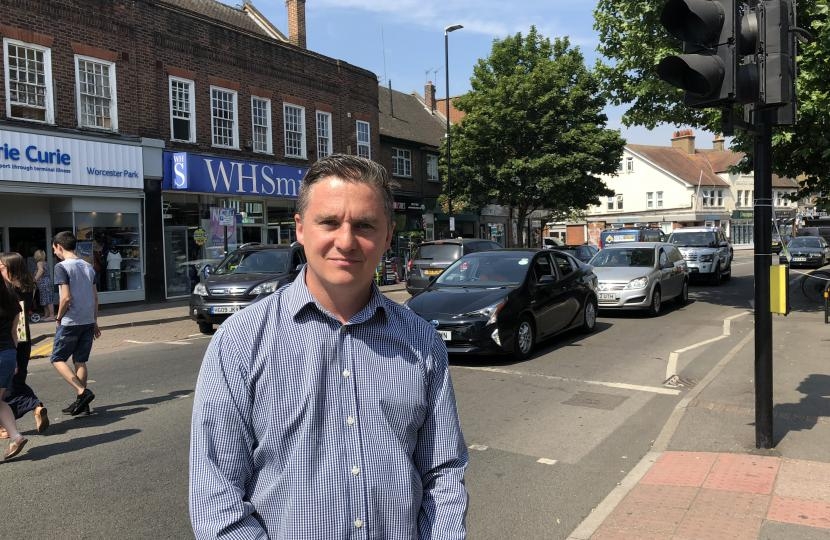 At a meeting of the Council on Monday, Sutton Conservatives fought for better action to tackle air quality concerns in the Borough, but the Lib Dems failed to show support.

This is despite a Lib Dem councillor tweeting just last week that "I don’t see ideological differences on air quality and I doubt our residents would be impressed by either of our groups playing politics."

Unfortunately, on Monday night they did just that.

Conservative Councillor for Worcester Park, Tom Drummond, said: "I am very disappointed in the behaviour of the Lib Dems when it came to discussing air quality in the Borough.

"Roads like Central Road in Worcester Park and Beddington Lane in Wallington are big concerns for local residents in terms of the air they breathe. They regularly record in excess of legal limits and on Monday night we asked simply for the chance to review the Air Quality Strategy when this occurs.

"I was also disappointed that my Lib Dem ward colleagues in Worcester Park seemed so blasé about tackling air quality on Central Road, and appeared almost unconcerned when I relayed residents concerns about Worcester Park being the forgotten area of Sutton. I will continue to champion residents' concerns in Worcester Park and across the Borough.

"Rather than backing this idea as a Lib Dem councillor suggested they may do last week, the Lib Dems turned up completely unprepared for the meeting, with councillors receiving a two page amendment that was barely legible as they arrived and then expected a full and proper discussion to follow.

"This is unacceptable, and we will continue to fight for the air quality monitoring that our residents deserve."