To protect our national security, we are defending our country’s interests abroad and keeping our citizens safe at home.

There will be no cuts in the police budget with real terms protection for police funding and we will deliver on our commitment to spend 2 per cent of our national income on defence.

Paul Scully, the Conservative MP for Sutton, Cheam and Worcester Park, said: "It is absolutely right that we are protecting the police budget. Locally I am very supportive of the Borough Commander David Snelling (pictured) and of the great work that the police do in Sutton. Sutton is lucky to have one of the top three lowest crime rates in London, and that is testament to the brave men and women of the police in Sutton who keep us safe. The police protect us and now we are protecting the police.

"I have always been clear that I did not want to see police numbers cut. I have been working hard on this issue with our Conservative London Assembly Member, Steve O'Connell. We beleive that effective and visible policing works, not only as a deterrent of crime, but also for intelligence gathering and it offers the public reassurance. I also met with the Chancellor, George Osborne, before the Autumn Statement to express that I wanted to see the police budget protected.

"It's a shame that some Lib Dems were getting ahead of themselves and scaremongering about police numbers. Talk of reducing police numbers actually came from the management body of the Metropolitan Police, not politicians, who were essentially negotiating in public via the media. This sort of scaremongering only increases the fear of crime." 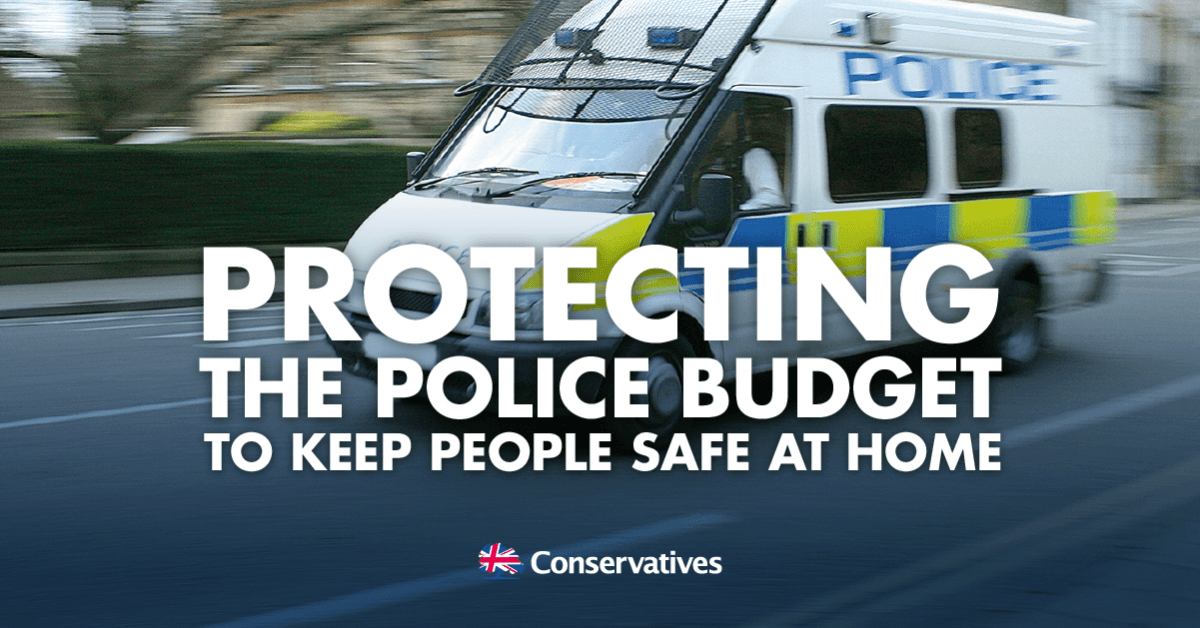