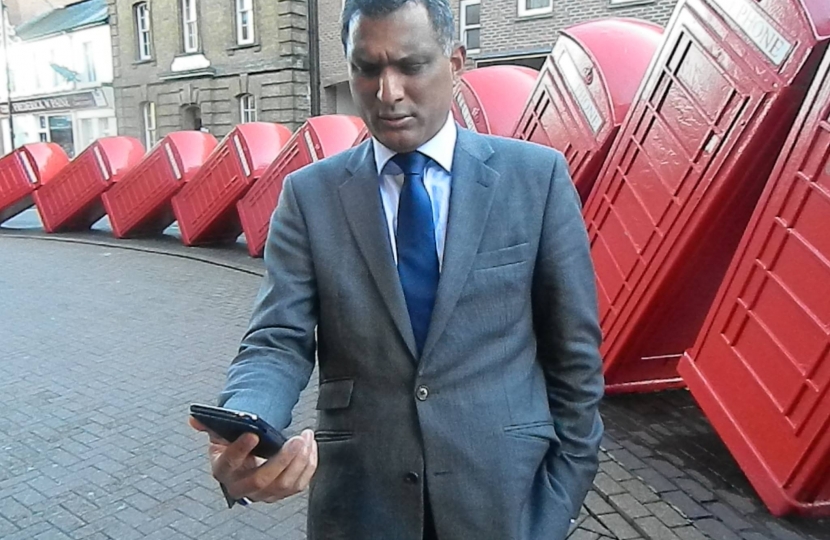 The innovative No Bars campaign will harness information direct from Londoners themselves to pinpoint and highlight areas of poor phone reception.

The crowd-sourced data will build into an interactive map showing where so co-called "not spots" leave mobile-users struggling for a signal.

Dr Kamall will use information the information gathered to pressure providers and politicians to get to grips with the problem.

The Conservative MEP said: "A first class global city should not have to put up with third rate communications. To lead the world, we must be able to speak to the world – whichever part of town we happen to be in.

"People find it infuriating when they rely on their phones, but then find it difficult or impossible to make a simple call or access emails or the internet.

“London is the most important communications hub in the world. It  is unacceptable that so much of the city has a poor signal or no signal at all. Londoners are increasingly angry about it.”

Through the campaign, frustrated callers can now access a user-generated map showing the holes or ‘not spots’ in London’s mobile phone networks. They can quickly add the places where their network has let them down. The map is the centrepiece of the ‘No Bars’ campaign.

All that a frustrated phone user needs to do is visit www.nobarscampaign.co.ukand stick a pin on the interactive map to show where the phone signal on their network is poor or non-existent.

Dr Kamall said: “Londoners rely on mobile phones to keep in touch with their children when they are out with their friends. They are a lifeline for sick and elderly people, and are essential for the modern workplace. It’s frustrating when we are let down by poor service."

The campaign data will be collated into a report which Dr Kamall will present to the Government, the Mayor of London and the network providers, demanding they address this serious problem.