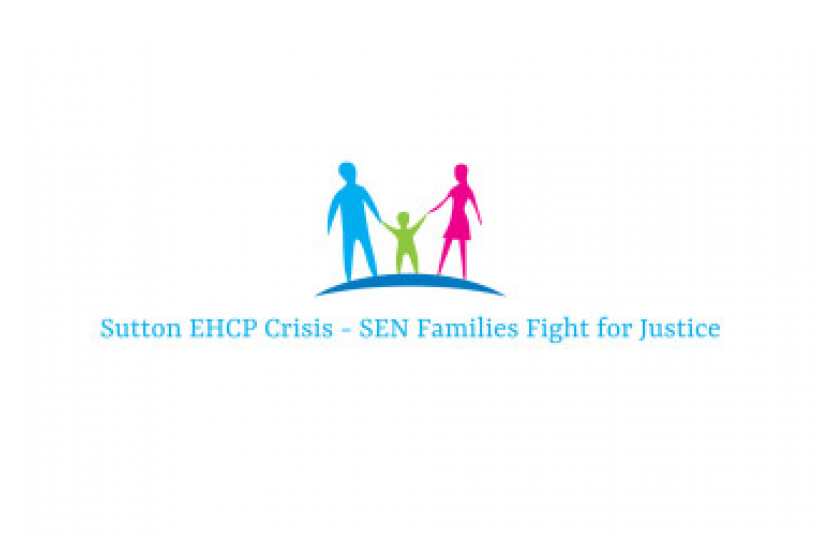 Sutton Conservatives are calling for the resignation of the Special Educational Needs (SEN) portfolio holder for the Liberal Democrat administration, Councillor Jenny Batt, following the recent revelations concerning the relationship between Sutton Council and Cognus, the company running the Council’s SEN department.

Since last year’s Ofsted report that highlighted countless strategic faults within Sutton Council’s SEN department, more failings have been uncovered, with Education and Health Care Plans (EHCPs) being refused and questions being asked in Parliament by Paul Scully, MP for Sutton & Cheam, about future visits from Ofsted.

On Friday, Tracey Burley, the Managing Director of Cognus, was removed from her post. This is the latest event in a long line of unfortunate decisions from management and politicians within Sutton Council and Cognus. However, Sutton Conservatives feel that Ms Burley has been used as a human shield by the Liberal Democrats to cover up their own political failure to get a grip on the crisis engulfing Cognus and the council.

“The Conservative Opposition Group notes the departure of Tracey Burley concerning the many problems that have beset the running of the SEN department and the Council’s relationship with Cognus. Children and families have suffered for years because of the strategic and managerial mistakes made within this relationship and we are glad this is now acknowledged.

“Unfortunately, as with many of the problematic issues that face this Liberal Democrat administration, officers are being put in the firing line to protect the politicians who are failing our children and who are ultimately accountable to the residents of this borough.

“We therefore call on the SEN portfolio holder for the Liberal Democrats, Cllr Jenny Batt, to offer her resignation to council, to demonstrate to the public that this administration is serious about driving change within this vital area of the running of Sutton Council.”

Furthermore, the group leader of Sutton Conservatives, Cllr Tim Crowley, said with regards to the way the news was announced:

“On the day of a ‘new dawn’ for Cognus, the company has messed up the news management of the departure of Tracey Burley.

“On Monday at 6am I became aware that Companies House was showing Tracey Burley as having resigned on Friday 2 August. I alerted the CEO of Sutton Council, Helen Bailey, asking what was going on.

“I was surprised that a statement was then issued by the Chair of the People Committee, Cllr Marian James, referring only to the ‘news’ from Cognus, which was released before Cognus’s own press statement with no context, and no indication of why Tracey Burley left. It repeated platitudes that all is well in Sutton’s SEND operations and suggests the council and Cognus are working together, which is clearly not the case.

“I also understand that Cognus engaged a PR company to release a statement, but there seems to have been no coordination between the council and Cognus on this announcement, which suggests a level of disjointed working that worries me greatly, considering that the council owns 75% of Cognus and appoints 75% of the board members.

“The council is trying to distance itself from the disaster zone that is Cognus, by pretending it has nothing to do with the company, which beggars belief. The council has a statutory duty to deliver the SEN services, led by Councillors Marian James and Jenny Batt. It is the politicians who set the strategy, and it is the politicians who should be resigning, rather than making a scapegoat of the most senior Cognus employee.

“I have also asked whether Ms Burley has received a financial settlement and has signed a non-disclosure agreement.

“I agree with Cllr Bande that those accountable for these failing policies should take responsibility for these serious and ongoing failures and resign immediately.”