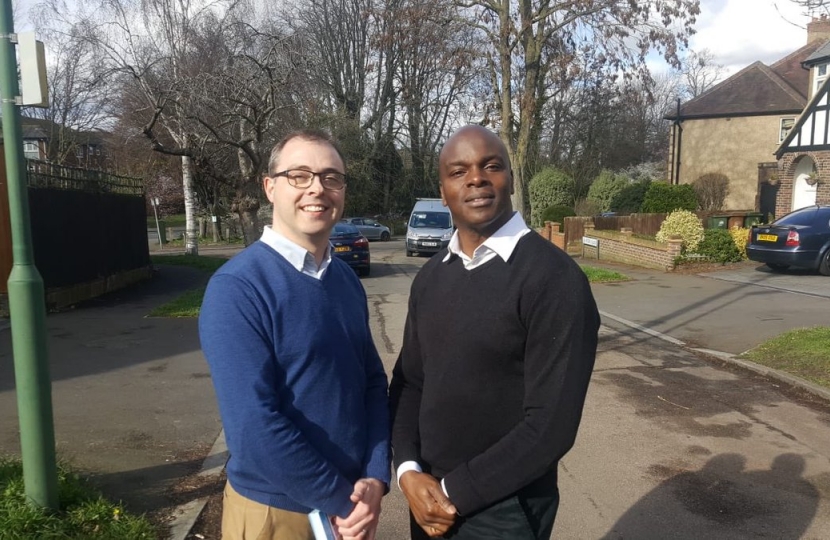 Today the Conservative candidate for Mayor of London, Shaun Bailey, came to Wallington to support our Wallington North by-election campaign.

Shaun joined us on the doorsteps in Wallington North, where there is currently a by-election to elect a new local councillor, to support our candidate - Charlotte Leonard.

Shaun also spoke with Elliot Colburn, the Prospective MP for Carshalton and Wallington, and Neil Garratt, the Conservative candidate for the Croydon and Sutton constituency on the London Assembly, about policing and crime in the area.

As a London Borough, responsibility for policing sits with the Mayor of London. At his recent budget, Conservatives in City Hall proposed an amendment that would have stopped Mayor Khan's plans to waste money on things like his own PR budget, and instead put nearly 1400 more police officers on our streets.

However, Labour and the Lib Dems voted against it. They have shown that they are completely out of touch with the needs of Londoners, prioritising press officers over police officers.

We're grateful that Shaun took the time to join us and we're looking forward to working with him to make our streets safer.

If want to get involved in our campaign, then please get in touch.