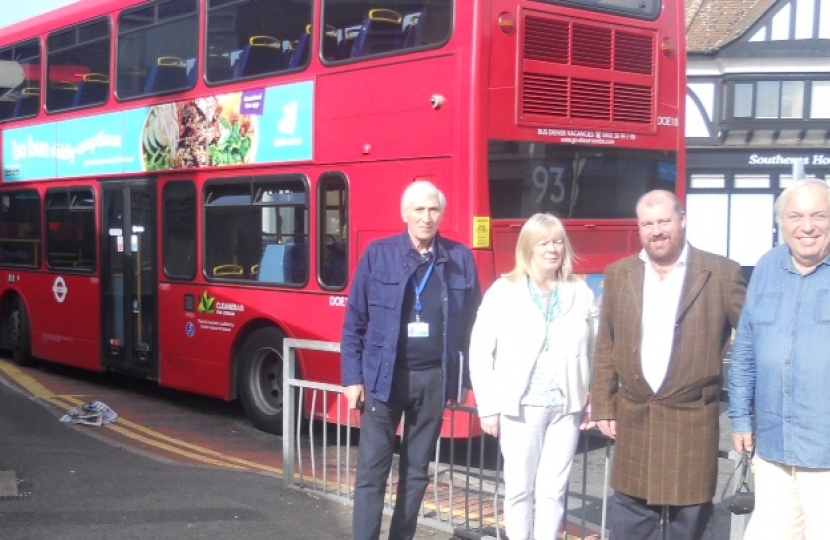 Residents living in and around Priory Road and Church Hill Road, North Cheam, should have received a letter from Sutton Council about proposals for the bus stand on Priory Road.

Many residents have raised concerns in the past about the number of 93 buses stacking up at this bus stand, making it dangerous at the roundabout and even leading to accidents like this one in June.

Newly elected Conservative councillors for Nonsuch (Martina Allen, Peter Geiringer and James McDermott-Hill) and Cheam (Eric Allen, Elliot Colburn and Holly Ramsey) teamed up with Paul Scully MP and have taken action where the previous Lib Dem councillors did not for many years.

Back in March, the Council ran an informal consultation with residents following pressure from your local Conservative councillors.

Firm proposals have now been put together and a public consultation on the plans will be running until 31st January.

A summary of the responses will be presented to local councillors for a decision to be made on whether to progress the scheme. Residents will be informed once a decision has been made.

Make sure you have your say!