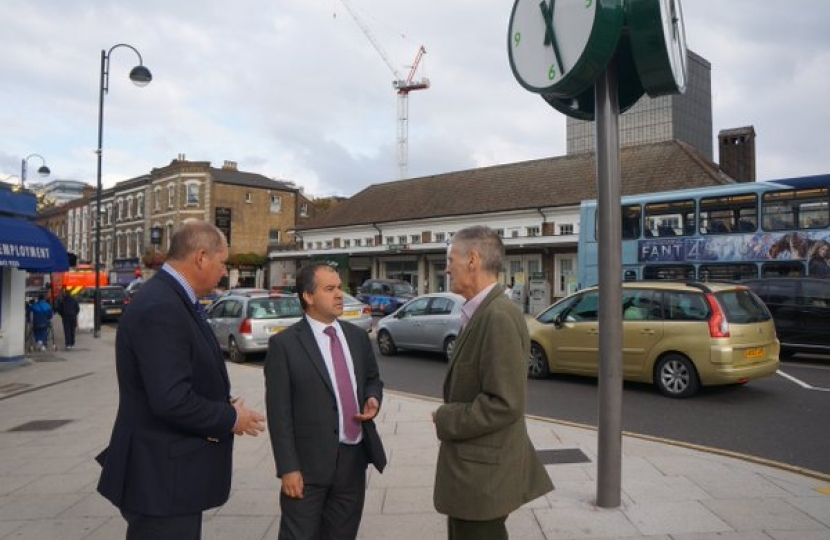 Govia Thameslink Railway (GTR) are operating a new rail timetable from May 2018 following a public consultation.

GTR, who operate Southern and Thameslink rail services that go through Sutton, have been consulting on a new rail timetable that will begin to come into operation from May 2018.

There is some good news for Sutton in the new timetable, including the introduction of a new Sunday service to Belmont station. There will be a train every 30 minutes to Belmont station on Sundays under these new proposals.

This is all part of GTR’s RailPlan20/20 campaign to improve its services, which have been very poor for Sutton commuters in recent years. You can read more about the plans and see how your regular commute will be affected here. More details can also be found in a letter from GTR here and a presentation they have compiled here.

Paul Scully, the Conservative MP for Sutton, Cheam and Worcester Park, said: "Whilst I am pleased to changes being implemented to improve the service, commuters will undoubtedly be wary of getting too optimistic given poor rail service they have endured in recent years. There has been some noticeable small improvements since the strikes, but I still believe that when the franchise is up for renewal, the Southern rail network in particular, which covers over 20% of the entire UK’s rail network, should be broken up. The contract is too big and unwieldy, so I would like to see this change.

"In the meantime, I continue to push for short to medium term improvements, such as infrastructure improvements from Network Rail, which I hope when combined with new rolling stock and the changes already being made will result in a better rail service than commuters are currently used to."