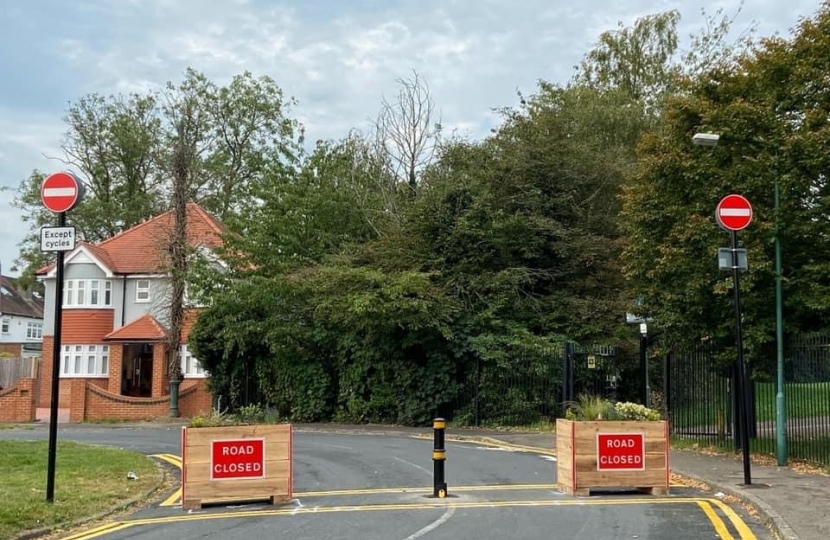 This evening, Sutton Council’s Environment and Sustainable Transport Committee was due to debate the borough’s contentious road closure schemes, with Liberal Democrat Councillors proposing a host of new road closures together with the introduction of ANPR cameras on all but one of those currently in place.

All of this comes despite Sutton Council’s own consultation showing that a significant majority of local residents oppose the closures.

However, yesterday in a last-minute turn of events - and following a briefing yesterday where Conservative Councillors raised considerable concerns over the plans with officers - Liberal Democrat Councillor Manuel Abellan pulled the item from this evening’s agenda.

“This is now about trust not just road closures. The Lib Dems said the experimental schemes were for 6 months, they said they’d listen to people’s feedback, and they said they’d remove them if they weren’t working. The feedback is overwhelmingly against, but the Lib Dem response is to add more closures and reset the clock for another 6 months. People feel ignored, and these rushed, badly communicated changes will cause even more problems.”

There will now be a special meeting of the committee on Thursday 11th February at 7pm, with only one item on the agenda - road closures. Further details, including how to watch, can be found here: https://moderngov.sutton.gov.uk/ieListDocuments.aspx?CId=651&MId=5580&Ver=4