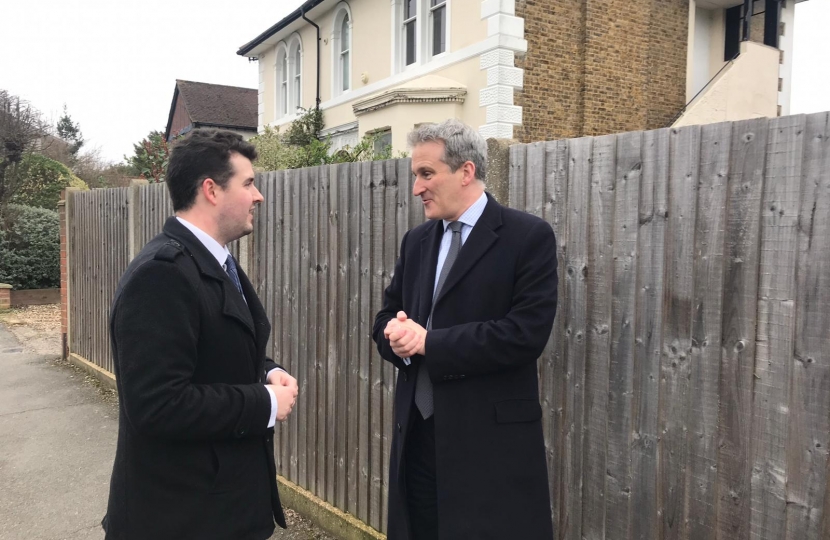 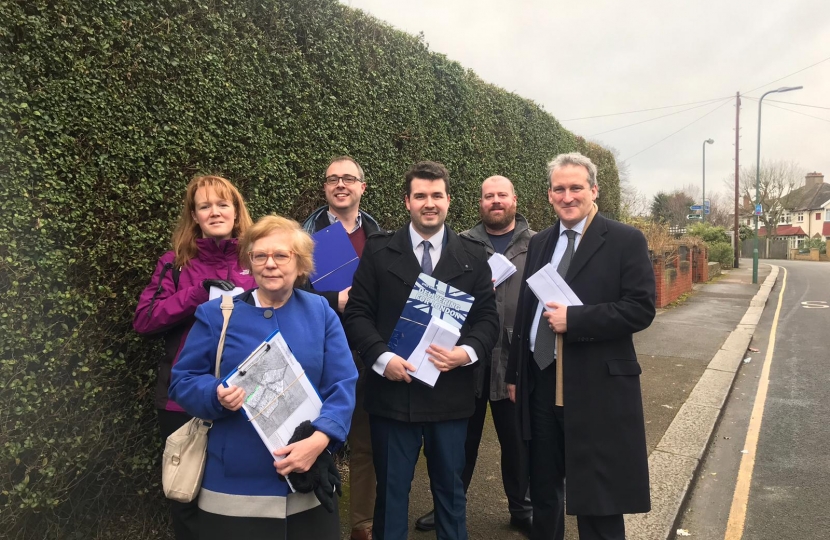 Today the Secretary of State for Education, Damian Hinds MP, came to Carshalton and Wallington to campaign with Prospective Conservative MP, Elliot Colburn.

Damian joined us on the doorsteps in Wallington North where there is currently a by-election to elect a new local councillor.

It was also an opportunity to talk to him about an issue that we hear a lot on the doorsteps in Carshalton and Wallington, which is having enough good and outstanding school places for our children in the area.

There is a school places crisis in our Borough. Growing pupil numbers mean that Sutton needs at least two new Secondary schools. We have known that since 2012, but the Lib Dem-run Council have sat on the problem.

Finally, in 2014 the Council revealed that it would develop two sites, the derelict all-weather pitch at Rose Hill for a school managed by the Greenshaw Learning Trust, and part of the Sutton Hospital site in Belmont for a school to be managed by Harris Federation. The plan was to develop both at the same time, with whichever was ready first to open in 2017, and the second to open in 2019.

However, school place planning soon became chaotic as the Council pulled the rug from underneath the plans for a school at Rose Hill in 2015. To add insult to injury, the Council did not even inform the Greenshaw Learning Trust of their decision before issuing a press release - this is an appalling way to behave. Following months of argument, including an intervention from the Schools Minister following a request from the Conservative MP for Sutton and Cheam, Paul Scully, the Council conceded that it could not provide the school places needed for our children without Rose Hill and agreed to move forward with plans to develop it.

Nevertheless, we are now in 2019, the year we were told we would need two new Secondary schools, and we have neither.

Instead, Harris Academy Sutton in Belmont is late, so has opened in temporary accommodation on the Sutton Hospital site with pupils battling through a dangerous junction to get there, and Rose Hill has not even begun construction.

This was an entirely avoidable problem, but thanks to the incompetence of the Lib Dem-run Council, our children are now facing even more time in temporary accommodation or bulge classes.

If you would like to share your experiences of applying for school places in the London Borough of Sutton, or want to get involved in our campaign, then please get in touch.