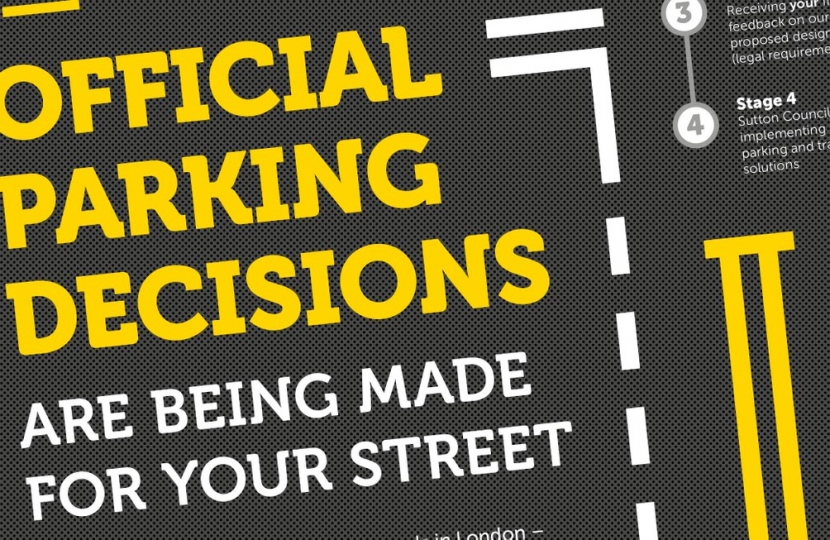 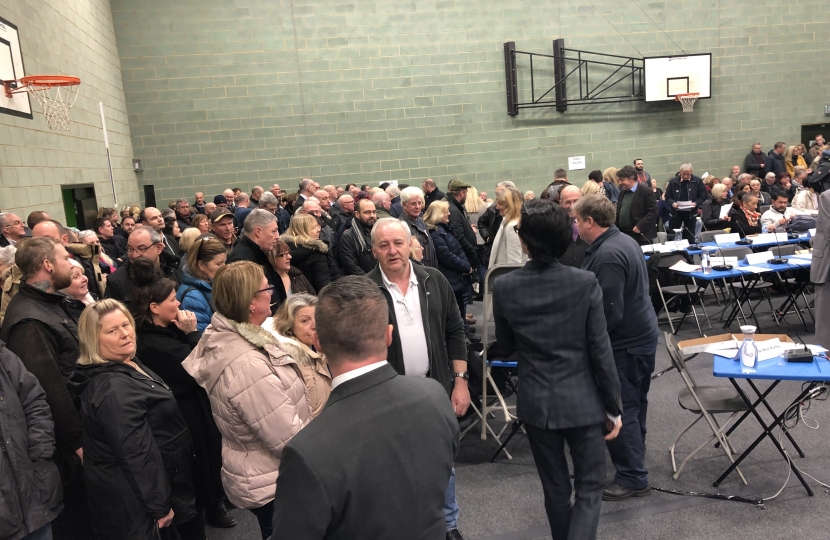 On Monday night, hundreds of residents joined councillors and attended the Full Council meeting held at Carshalton College to discuss, among other issues, parking.

In unprecedented scenes, residents crammed into a packed sports hall, many standing with councillors giving up their seats for those with mobility issues.

The meeting opened with residents asking questions to the Lib Dem Councillor responsible for the Parking Strategy, pleading for changes to prevent them being hit in the pockets by parking charges and potentially being priced out of owning a car altogether.

However, residents were left angry and disappointed as the few answers they received insisted nothing needed to change and the consultation was satisfactory – answers met with boos and angry jeers from the crowd.

In the meeting, Councillor Jed Dwight raised concerns with the Mayor that the answers being given were so long that the clock was being run down and preventing others from getting their questions in. The same problem occurred when it came time for other councillors to ask questions to the same responsible Councillor, and the same disappointing responses were given.

We then moved onto debating our motion, which you can read here, seeking to make changes to the policy in order to address the concerns raised by residents since consulting on the parking strategy began.

Councillor Tony Shields opened the debate by outlining the major concerns with the strategy, such as the poor consultation, and the fact that people who cannot afford modern eco-friendly vehicles and do not have drives were going to be hit disproportionately harder than those who can and do. He also offered an alternative strategy used in other parts of the country that would avoid these issues, whilst addressing the problems there are with parking.

Councillor Tim Crowley moved onto talking about the fact that the strategy is a guise for the amount of money they stand to make from it, quoting an almost identical scheme that is operation in Merton that raised £15million for the Council last year alone through charges and fines.

Councillor Elliot Colburn attacked the arrogance of the Lib Dems for telling residents that they didn’t understand what they were talking about. He moved onto expose the shambolic consultation process, which saw hundreds, even thousands of residents not receiving a letter, plans online differing from those on paper, and the humiliating farce of the changing deadline to get in your views.

Councillor Neil Garratt drew attention to the madness of having an emissions-based parking policy, when parked cars aren’t emitting anything at all! He also highlighted how badly the ban on N1 vans would affect people who use vans for work, who suddenly will be forced off roads anywhere near their properties and potentially even out of a job as a result.

Councillor Eric Allen highlighted his personal experience of parking charges being hiked and the fact that whilst residents struggle to park, pay and display bays are often left empty.

Councillor Tony Shields summarised the debate expressing disappointment that the Lib Dems chose close their ears to the concerns of residents and reiterated that a better solution was possible.

The debate finished, and the Lib Dems voted down our motion, which caused an eruption of furious shouts from the crowd, who left feeling angry and let down.

Commenting on the evening, Councillor Tim Crowley, Leader of Sutton Conservatives, said: “The Lib Dems need to understand that if they refuse to listen to people’s concerns, they will continue to experience angry scenes like the ones we saw on Monday night.

“The Parking Strategy has been exposed as nothing more than a money-making scheme and an attack on motorists. If implemented, this strategy could see people priced out of owning a car or even losing their jobs if they cannot park their vans nearby – this is a form of economic cleansing.”

“We proposed some very reasonable changes to the strategy that would address the main concerns that residents had with the consultation, the N1 van ban and emissions-based charging, but in a display of unbelievable arrogance, they congratulated each other on taking no action and voted against these improvements.

“We will continue to champion the concerns of Sutton residents and hold the Council to account on this issue. The administration needs to listen – a better solution is possible.”

You can check out the Facebook page dedicated to residents sharing their views on this issue here.

You can also make sure you have your say on the Council’s website here.

A full audio recording of the evening will be available here.