An evening with Dehenna Davison MP 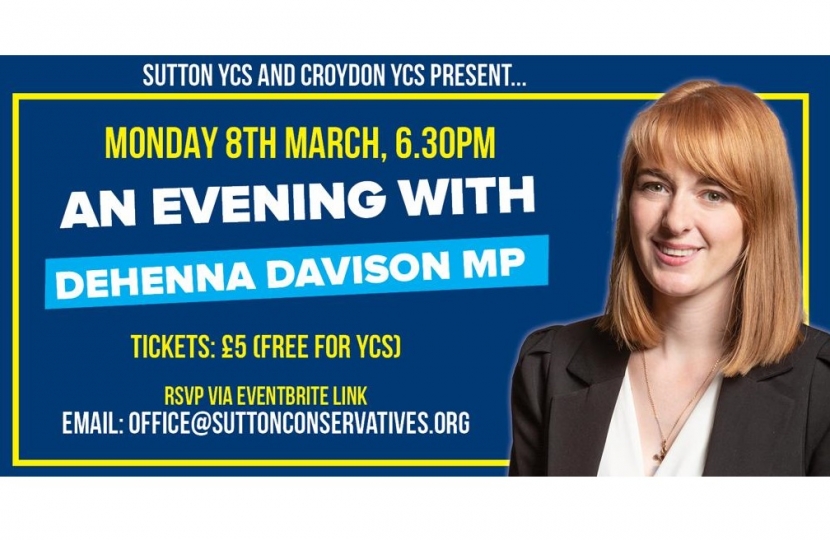 We are delighted that Dehenna Davison has agreed to do a Q&A with our members next Monday at 6:30pm.

Dehenna was elected as the Member of Parliament for Bishop Auckland in December 2019, and in doing so became the first Conservative to represent the constituency since its creation in 1885, having previously contested the Kingston upon Hull North seat in 2015, and Tony Blair's former Sedgefield seat in 2017 for the Conservatives.

The 27 year old MP will be known to many of you as an unashamed supporter of Brexit, no doubt one of the reasons she was elected in the heavily Brexit supporting seat of Bishop Auckland, and before entering Parliament previously worked for current Leader of the House of Commons, Jacob Rees-Mogg.

There is no doubt that Dehenna has already made her mark in Parliament, while among Conservative circles she is, like her former boss and now colleague on the green benches, regarded as an excellent speaker. So please do join us on the 8th March and support our Young Conservatives in this brilliant virtual event!

The event is just £5 to join, please email office@suttonconservatives.org to book your place and receive the link.