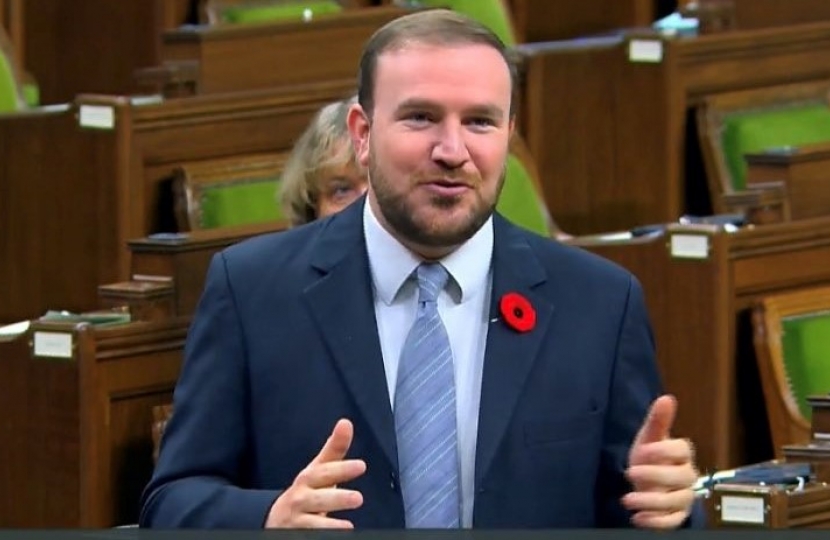 At a time when our country's relationship with nations around the world couldn't be more important, we are delighted that Canadian Conservative MP, Eric Duncan, has agreed to do a Virtual Q&A  with us!

Eric was elected to the Canadian House of Commons on the 21st October 2019, where he represents the seat of Stormont-Dundas-South Glengarry, and following his Party's leadership election over the summer, was quickly promoted to 'Question Period Coordinator', a position similar to that held by an Opposition Whip in the UK House of Commons.

Prior to his election to parliament, Eric was one of the youngest elected officials in Canadian history as a municipal Councillor in North Dundas at the age of 18, and was elected Mayor in 2010 at the age of 22 with 72% of the vote. He is the first openly gay Conservative MP to be elected to the Canadian House of Commons.

This event will be just £5 to join, please email office@suttonconservatives.org to book your place and receive the link.